GK and NSERC
The National Science and Engineering Research Council (NSERC) industrial partnership grew out of GK’s longstanding support of academic research in many areas, such as our on-going study of bike helmet failures led by Rob Parkinson.

Rob also spearheaded the partnership with NSERC. The NSERC partnership reflects a growing appreciation for the value of forensic science in Canadian innovation and the broad contribution of GK to forensic engineering.

It is also a chance for GK to give back to the community, advance science in key areas and develop the next generation of forensically-informed scientists and engineers. To make things right, it is essential to understand with certainty how they can go wrong. 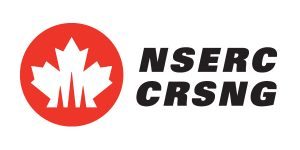 The National Science and Engineering Research Council aims to make Canada a country of discoverers and innovators for the benefit of all Canadians.

The agency supports university students in their advanced studies, promotes and supports discovery research, and fosters innovation by encouraging Canadian companies to participate and invest in postsecondary research projects.

NSERC researchers are on the vanguard of science, building on Canada’s long tradition of scientific excellence.