When an oncoming vehicle unexpectedly crosses the centerline, options are limited. No time to think, no time to plan—a reflexive steer may avoid a head-on impact but instead result in injury from colliding with other objects, vehicles, or vulnerable roadway users. During ensuing legal proceedings, allegations are often made that an alternative response to, say, steer in the other direction, or do nothing at all, would have avoided the collision. By presenting this opinion, one is suggesting that the actual actions of a driver should have been different because the outcome would have been different. Herein lies the issue termed ‘agony of collision’.

When a driver is faced with a collision hazard, a decision must be made as to whether or not it is urgent enough to warrant an aggressive response. The internal decision-making process requires the driver to compare their heading and speed to that of the hazard and determine if, without action taken on their part, a collision is likely to arise. Once a decision is made to act, the response is executed to completion—in this sense, an evasive response is a feed-forward process that cannot adapt to changes in a hazard’s behaviour during this short window of time. 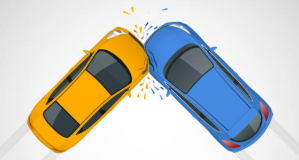 Since drivers can only make use of the information immediately available to them when deciding upon an appropriate response, there exist circumstances where actions were taken which in retrospect were not objectively necessary to avoid a collision. Consider our centerline-crossing vehicle which returned to its lane while the right-of-way driver was undergoing evasive steering: the argument, however limited, may be that any collision would have been avoided had the right-of-way driver only continued along their original path. However, it is only with the benefit of hindsight that such an opinion can be advanced. When done correctly, an objective assessment of driver behaviour must be conducted only with what could be seen and known in the instances prior to a response being initiated to determine if the ‘agony of collision’ was sufficient to merit the exhibited actions.

Perceptual mechanisms exist which can be examined by driver behaviour experts to gauge the appropriateness of a response even in situations in which a collision with the initial hazard would not, in retrospect, have ultimately occurred. These mechanisms differ depending on the type of collision hazard presented. For example, when faced with a vehicle posing a head-on collision threat, drivers rely on the rate at which they are closing with the oncoming vehicle to determine if and when evasive actions are required. (Imagine yourself on a two-lane roadway faced with an oncoming vehicle in the process of overtaking. At some point, the oncoming vehicle may be so close that it is perceived as a real and urgent threat. In technical terms, the moment at which that realization is made is called the ‘looming threshold’ [1].)

In practice, the collision hazards regularly faced by drivers are varied and unique, but the same approach of comparing their response onset against expected hazard detection thresholds can nonetheless be applied. Driver behaviour research has demonstrated predictable relationships between the urgency of a hazard and the resulting driver behaviour (e.g., [2]), which can be used to assess the appropriateness of evasive actions across a broad range of hazard types and situations including head-on/rear-end collision threats, vehicles or pedestrians that violate the right-of-way—you name it. In some cases, therefore, the hazard presented by an approaching vehicle may justifiably warrant evasive maneuvering, whereas other situations may point to the responding driver as having acted atypically. What’s more, when a hazard does warrant evasive maneuvering, there is often a range of responses which are characteristically ‘normal’. For example, operators faced with obstacles encroaching from the side may respond with braking, steering, or both in any order [2]. In these cases, a driver cannot be faulted for failing to select a particular response from among a normal range even if doing so may have resulted in a different or more favourable outcome. The appropriateness of a driver’s response, in other words, must be assessed against the totality of known driver behaviour data and must not be tied to the outcome of any specific event.

To the unfamiliar, the concept of the ‘agony of collision’ may seem vague, but technical principles exist which can lend objective backing to the argument that such a phenomenon does or does not apply to a given situation. With due consideration for the properties of the incident hazard and environment, a robust scientific opinion can be rendered to address whether a driver’s behaviour aligned with that of a typically attentive motorist, and can help advance or deny the claim of ‘agony of collision’ being a causal factor in a collision event 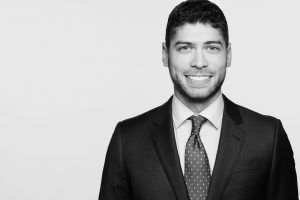