Falls resulting in injury account for approximately $8.6 billion in direct and indirect costs in Canada each year[1], in addition to the further unquantifiable negative impacts on quality of life that they can cause. Any fall consists of two primary considerations: how was the person using the environment (what they were doing) and what role did the environment play (where they were doing it). How someone perceives and interacts with the built environment will play a direct role in their risk of falling. How often have you walked more cautiously when you know the floor is slippery, or held onto a handrail extra tightly when walking down a set of steep, old stairs? It is both our behaviour and the aspects of the built environment that we need to successfully negotiate daily to maintain our safety.

The National Building Code of Canada (NBCC) was first introduced in 1941 and was intended to standardize construction requirements across Canada. However, there was no requirement for provinces and municipalities to adopt the NBCC. Hence, local municipalities could either adopt the NBCC in part or whole as their building by-law or choose to create their own building by-law. So, it was never universally adopted and relied upon throughout the country. The first version of the NBCC was revised with many subsequent editions that provided more stringent code requirements. 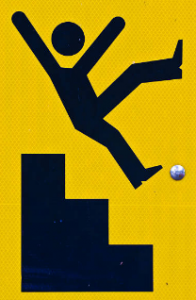 Today British Columbia, Alberta, Ontario, and Quebec have all developed their own provincial building codes, whereas the remainder of the provinces and territories either adopted the NBCC, in part or in whole as noted above, or created their own building by-law.

The first version of the Ontario Building Code (OBC) came into effect in 1975. British Columbia, Alberta and Quebec followed suit years later and introduced their own building codes. Similar to the NBCC, provincial codes continue to be revised, and new editions are continually published with updated requirements to ultimately provide a safer built environment.

However, the building codes are not retroactively applicable to existing buildings unless extensive renovations are undertaken. Often in older buildings, conditions exist today that would not be considered currently acceptable but are allowed. It should also be noted that while building code updates typically follow the science and research, updates and revisions to codes consistently lag behind the science, and ongoing revisions are critical to ensure codes do not lag too far behind.

Stairs are a common feature that we navigate daily. Stairs have also been identified as one of the most hazardous locations in the home for falls.

In Ontario alone, falls on stairs accounted for almost twenty-five thousand emergency department visits in seniors between the years 2014 and 2015.[2] Research has shown that the likelihood of falls significantly decreases when the tread depth of steps are 10 in. (255 mm) or greater.[3] This research, along with research from the Toronto Rehabilitation Institute demonstrating that longer stair runs help people better maintain their balance[4], resulted in the NBCC revising its requirements for tread depths. With the publication of the 2015 version of the NBCC, the minimum allowable tread depth for steps in houses was increased from 9-1/4 in. (235 mm) to 10 in. (255 mm). Similarly, the 2018 version of the BCBC changed the minimum required tread depth to 10 in. (255 mm). Interestingly, this amendment has not been made to the OBC to date, with minimum required tread depths still at 9-1/4 in. (235 mm); however, an increase in minimum tread depth is set to come into effect in 2022. This is a great example of the lag time for code updates with respect to the science, and the inconsistency in updates to standards across the country.

While this change is a great example of how updating the requirements for the built environment may help decrease the risk of falls, it is important to remember that building codes are not intended to be retroactively applied. Simply put, buildings constructed before the issuance of these codes do not need to be updated or renovated to meet the requirements of newer standards – it is just not feasible. Does that mean that people are more likely to fall on older (but allowable) construction? Yes, it does. This is a particularly relevant concern given our aging population.

Changes to stairway variability have also evolved to help pedestrians successfully ascend and descend stairs. Canadian building codes have always required risers and treads in any one stairway to be “uniform”. However, earlier versions of building codes did not specify what “uniformity” actually meant, so it was implied that normal construction tolerances, which were historically considered to be 3/8 in. (9.5 mm) or less for stairways, were acceptable. When the 2006 version of the OBC was published, uniformity requirements were finally specified in Ontario, and a maximum difference of 1/4 in. (6 mm) was permitted between all risers and treads in a stairway. This represents a significant reduction in tolerance relative to the prior accepted definition. The latter 2012 version of the OBC further revised this to allow for a maximum tolerance of 1/5 in. (5 mm) between adjacent treads or risers, and 2/5 in. (10 mm) difference in risers and treads in a whole stairway. We see these same requirements in the 2018 BCBC. This is another great example of codes playing catch up to the science.

These changes, which resulted in lower variability between riser heights and tread depths, were important in increasing the safety of pedestrians and the prevention of falls. Research has shown that our foot clearances are lowest in the middle of stairways compared to the transitions onto and off of stairways[5],[6]. This is because following our transition onto a stairway, our foot movements enter a repeatable and predictable pattern, like our leg movements during walking on level ground. So, while changes in riser heights can pose varying degrees of risk to balance depending on if they are located at transition steps or at mid-flight of a stairway, the more stringent uniformity requirements of the latest versions of Canadian building codes help to address the known behaviour of stair users.

Another aspect of stairs that has evolved over time includes handrail heights. When we look at the earlier versions of the NBCC and the 1975 version of the OBC, the height of handrails in public accessible buildings were required to be between 32 in. (813 mm) and 36 in. (914 mm).These height requirements have been amended over time and now, the 2012 OBC specifies that handrails must be between 34 in. (865 mm) and 38 in. (965 mm) in height. Research that explores the application of force in relation to handrail height when faced with balance loss not only demonstrated that physical demands decreased as handrail height increased, but that participants were able to withstand larger disturbances to their balance with a higher railing height[7]. Increases in handrail heights have therefore helped ensure the safety of pedestrians when using stairways. The 2018 BCBC even allows handrails as high as 42 in. (1070 mm), and the OBC is set to revise maximum handrail heights to 42 in. (1070 mm) in 2020.

With the ongoing evolution of building codes and standards, it is important to keep both aspects of the built environment and the mechanics of falling in mind when attempting to understand how and why someone fell. Given our aging population, the rate at which Canadian codes are updated to meet the science is essential for the design and building of environments that are safer to use then ever before. 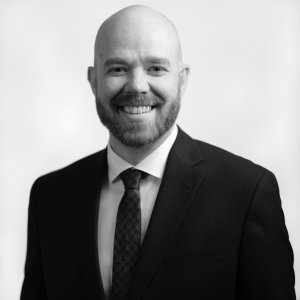