This week reminded us in southern Ontario that winter driving season is upon us! With it, winter tire publicity is ramping up. Advertisers are out promoting the benefits of winter tires, and media coverage and police reports often leave us with the perception that a lack of winter tire use was the cause of the latest multi-vehicle pileup.

With so much information available it can be difficult to distinguish the root cause of a collision from things that may just be contributing factors or worse yet, simply unrelated matters of circumstance. The problem when it comes to winter tires generally stems from a lack of understanding of what makes them different from all-season tires and what those differences mean in terms of vehicle performance. 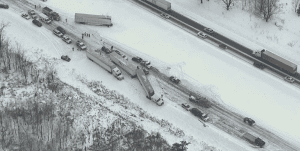 The objective of winter tire designers is straight-forward: design a tire that can readily move loose snow and ice out of the way so that the tire can make contact with the hard-packed surface below and subsequently adhere to that surface even if its ice-covered and very cold. Consequently, there are two primary differences between winter tires and their all-season cousins, those being the tread patterns used and the materials from which they are constructed. For obvious reasons, winter tire designs often include an intricate network of large channels to assist with the bulk movement of snow and ice from beneath the tire. What is often overlooked is that they also include much finer details such as greater use of ‘sipes’ (thin slits cut into the rubber) or additives to significantly increase traction in icy conditions. As for the differences in materials, the compounds used in winter tires are generally ‘softer’ at the same temperatures than those used in all-season tires and are formulated to better adhere to ice and snow.

In general, the ‘softness’ of any tire decreases as the temperature drops. In terms of vehicle performance, there is a trade-off with tire ‘softness’: if a tire is too soft it will not be able to generate the loads required for good handling and braking performance and will wear prematurely, and if a tire is too hard then traction suffers. Accordingly, there is an optimal level of ‘softness’ for any given temperature. At low temperatures, the softer winter tires provide better performance than all-season tires, and at high temperatures the situation is reversed. The transition temperature at which most winter tires begin outperforming most all-season tires on dry asphalt is generally accepted to be around 7 degrees Celsius, however this may not always be the case depending on the specific construction of the tire. The difference in performance increases sharply at sub-zero temperatures and in snowy or icy conditions.

When temperatures get well below zero and there is snow on the roadway, winter tires in good condition will significantly outperform their all-season counterparts. When temperatures are above zero and the roads are clear, the differences in performance between the tires is marginal, and when temperatures creep into the teens during a thaw period, a vehicle may actually perform better if equipped with all-season tires regardless of what the calendar says. The caveat to all of this is of course is that these comparisons assume adequate tread depth and inflation pressure. Those often overlooked factors can be critical in assessing tire performance. If a winter tire is not inflated properly and/or is significantly worn, it may well perform worse in snowy conditions than an all-season tire in better condition.

To determine whether or not any improvements in tire performance would make the difference between colliding with or avoiding another vehicle in a particular instance, an assessment of how much traction is being demanded of the tires during a particular vehicle manoeuvre must be made. Driving on tires that perform worse than others in the same conditions is not ideal, but it may be more than enough to be safe under the circumstances. The difference in performance only become an issue when a driver demands something of the tire that it is incapable of providing at a given moment. This is a key point that must be considered in any assessment of causation.

In addition to all of these issues, the variety of configurations in which winter tires are mounted on vehicles can have a significant effect. In practice it is not uncommon to see vehicles equipped with a mix of all-season and winter tires. Conventional wisdom generally results in a configuration in which two winter tires are mounted on the drive axle while all-season tires are left on the undriven axle. The oft-cited reason for this setup being the need for good traction on the drive axle in order accelerate out of deep snow. Such reasoning is erroneous, however, as there is much more to vehicle performance than acceleration. Vehicle stability, particularly during heavy steering or braking in slippery conditions, is arguably more important from a safety standpoint and it is significantly compromised when the four tires of a vehicle do not have the same performance capabilities.

While the ‘snow tires on the drive wheels only’ configuration was never optimal for vehicle performance, it was less dangerous in the days of rear-wheel drive vehicles. With the domination of front-wheel drive vehicles in the marketplace, this conventional wisdom can have catastrophic results. In my work as a collision reconstructionist I have seen many examples of vehicles that have lost control in winter conditions causing them to veer into oncoming traffic or off the road in part because they were equipped with winter tires on only the front axle. The reason for this is because vehicles are less stable under braking and steering when the tires with the most traction are located on the front axle, than when the situation is reversed.

All of the foregoing is true regardless of what type of technology the vehicle in question may be equipped with. Anti-lock brake, traction control, stability control, and all-wheel drive systems are great assets to have in winter driving conditions, however these systems merely take advantage of the tractive capabilities of a given tire, rather than changing what those capabilities are. They too are entirely dependent on good tire performance in order to be of any assistance.

In summary, establishing whether or not the use of a specific type of tire had any effect on a given collision is highly dependent on the specifics of the weather conditions at the time, the condition and type of the tires involved, and where on the vehicle they were installed. Further, all of these factors must be assessed within the context of the driving manoeuvres attempted and the vehicle speeds involved in order to identify whether tire type or use was a contributory cause.

So, to answer the title of this post: Sometimes, and no. 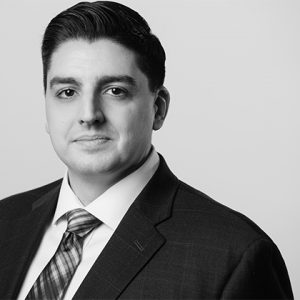