Nothing else stirs up a debate quite like the topic of marijuana legalization. What was once a discussion premised on fiction, has now entered the realm of reality. The Province of Ontario has acted on federal mandates to legalize and regulate recreational use of cannabis, as well as to outline how it will be sold and distributed.[1] While other provinces work towards similar ends, there are those that believe legalization will create an uptick in consumption as it will become more easily accessible to more people. What this means for safety on our roadways and the investigations of collisions involving allegations of impairment is top of mind for many in the auto insurance and legal industries.

Black and white, with shades of grey

For those with a stake in reducing collision rates, there is reason to be nervous. A roadway congested with drivers under the influence of marijuana is probably not a safe one. It is generally understood that cannabis consumption impairs psychomotor abilities (such as attention, decision-making, visual scanning, and perception) required for safe driving.[2] Logically, such ‘impairment’ should then increase the risk of collisions. However, the scientific community is far from a consensus on the effect of marijuana consumption on driver performance and how it may increase collision risk. For as many studies that report a link between consumption and an increase in collision risk, others find that collision risk does not change with consumption of cannaboids, or that it may even decrease.2 The latter situation is observed in individuals whom after reportedly consuming marijuana overestimate their level of impairment and make compensatory adjustments to their driving behaviour (such as reducing speed and keeping a greater distance between vehicles)[3] which helps to counterbalance marijuana’s detrimental effects on other aspects of driver performance.

Who or what is at fault?

Collisions are highly rare events when considered against the backdrop of the sheer volume of drivers and cars on the roadway, and yet the ‘one-in-a-million’ events occur many times per day. When collisions occur, the list of potential causes or contributing elements includes human-, environmental-, roadway- and vehicle-related factors. However, it is generally understood that the ‘human factor’ represents the lion’s share of cause in any collision event. Indirect evidence broadly suggests that human error and behavioural aspects of the driver (such as speed and navigational control) collectively contributes the vast majority of collisions.[4] Impairment affects this slice of the causation pie.

The investigation of driver behaviour in a particular collision event can help shed light on the precise human contribution to the cause of the collision. Characterizing the pre-impact behaviour of a driver is accomplished by comparing it against what objective science would support as being normal or abnormal.  Fortunately, research of driver behaviour has been conducted over many decades, in which drivers have been placed in both typical and atypical roadway situations. While simultaneously monitoring the environment and driver behaviour in highly controlled laboratory or naturalistic studies in the real-world, this research has provided a clear picture of what to expect of drivers in various situations, ranging from the most mundane (like stopping for a stop sign) to the most severe (like responding to a high speed head-on collision threat).

The behaviours of drivers are characterized in various ways, but the typical battery includes, for example: hazard detection (did they consider the intruding vehicle as a hazard when they should have?), perception and reaction time (did they respond in a typical amount of time following detection of the hazard?), braking/steering responses (did they select the response expected of drivers in a similar situation?), visibility distance (was there sufficient lighting in the area to observe the hazard before impact?). Whether a driver performed as expected in some or all of these aspects or whether a departure from normal contributed to the collision can be known through direct study of pre-impact driver behaviour.

In the context of alleged impairment, why does research of normal driver behaviour matter? Simply put, it forms the baseline against which we compare the behaviour of a driver involved in a collision. It sets the bar for what to expect from attentive drivers in a similar situation, and allows an investigator to determine if an incident driver’s behaviour fell short of the mark. In other words, if driver performance is compromised because of intoxication or impairment, it should be revealed in a test against ‘normal’ behaviour expected of drivers in a similar situation.

Piecing it back together

To make more sense of this approach, consider the hypothetical analysis of a collision in which an allegedly impaired driver did not brake at all prior to the collision. If following a study of typical (sober) drivers it was determined that the incident driver was expected to have avoided the collision by braking 3-seconds prior to impact, then a departure from such behaviour is a contributing factor to the collision occurrence. In such cases, factors that contribute to delayed response, such as impairment through some substance, are among those relevant to an assessment of what caused the collision.

Now consider that the driver instead behaved as expected of a typical motorist, despite the allegation of impairment. What if it is determined that the driver had ingested marijuana immediately prior to the collision yet their behaviour was characteristically sober? In the example above, if a driver responded 3-seconds before impact despite having consumed marijuana, the contribution of cannabis (or any other substance for that matter) is less obvious to the extent that it may be irrelevant toward understanding why a collision occurred in the first place. Given the spectrum of reported effects of marijuana consumption on driver behaviour, this outcome may not be unexpected. The implication of this situation is that an analysis of driver behaviour may refute an allegation of impairment, or the contribution of alleged impairment to the collision itself.

Whether impairment caused or contributed to a collision is critical in the assessment of liability in tort law, and the presence or gravity of charges laid in criminal actions. Changes to the status quo of marijuana legalization may bring to the forefront questions previously unanswered, especially in the early days when new rules and regulations have not yet been tested through the rigours of time and precedence. To reduce the uncertainty over the short and long term, it would be wise to directly address claims of impaired driving with pointed assessments of driver behaviour. With that information in hand, claims involving impaired drivers can be handled with more confidence even in uncertain times. 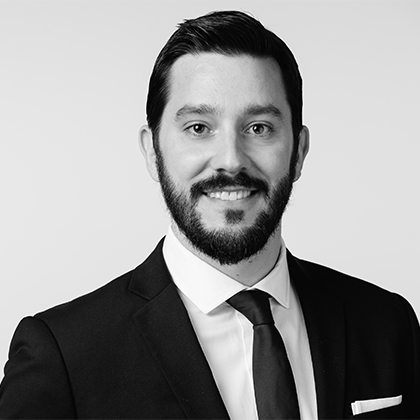 Dr. Campbell has considerable professional experience investigating the consequences of typical and abnormal human behaviours in matters of personal injury, motor vehicle accidents and slip/trip and falls. He is a qualified expert in Human Factors, Driver and Pedestrian Behaviour, the Analysis of Driver Behaviour and Slip & Falls in the Superior Court of Justice and has testified in multiple litigation proceedings.

Dr. Campbell’s combined academic and research experiences span the fields of human behaviour, neurophysiology and the neural control of movement, for which he has authored multiple high-impact, peer-reviewed publications. Dr. Campbell’s research program aims to understand the capacities and limitations of the human nervous system in perceiving and responding to cues in the environment. He regularly performs peer reviews for scholarly societies, including the American Physiological Society and the Human Factors and Ergonomics Society.