Contrary to popular belief, it is a myth that structural engineering designs always deal with quantities that are perfectly known. There are numerous sources of inherent uncertainties in each design step that are not easily quantifiable.

Uncertainties in estimating loads: Load components, such as the weight of the structure, use and occupancy, or loads from environmental origins, namely, wind, snow or earthquakes, vary to a different degree. Figure 1 below displays one possible loading history which continuously varies and cannot be considered as a known quantity. The sources of variabilities depend on the load source. For example, uncertainties in wind loads originate from: 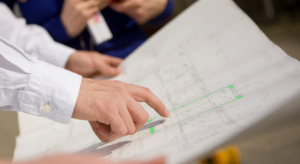 Uncertainties in analysis methods are mainly related to:

Natural construction material such as sawn timber (wood) experience higher variability compared to materials that are a product of a controlled manufacturing process (such as steel). Similarly, to a lesser degree, no two similar structural members are exactly alike in dimension. This results from the fabrication and construction process. A reasonable tolerance is accepted by the industry where the margin of error is feasibly or economically unavoidable.

Uncertainties in construction quality & use: Are due to human factors originating from the departure of good construction practices, errors and omissions, lack of knowledge, workmanship, communication problems, inadequate maintenance, and misuse.

Figure 1: Changes in loading on a typical building throughout its service life

These uncertainties effectively mean that actual loads and structural resistance may end up being either higher or lower than expected by design. Both are possible depending on the situation.

Notwithstanding the underlying uncertainties, the structural design must protect the public from injury and avoid financial and amenity losses caused by structural failure or instability.

While the value design parameters and properties may not be a perfectly known quantity, data is available to aid a plausible design such as the most probable value (mean value) and the expected range and distribution.

Fortunately, designers do not need to consider the variability in loads and resistance in every design. Depending on the engineer’s expertise, some might not even know that they exist. These variabilities are addressed in building codes and design standards at the backend and are hidden from the users.

Variability in loading is addressed by assigning load factors greater than unity to each load component. A higher load factor is assigned for load components that have been determined with less certainty. Hence, dead loads are assigned to the lowest load factor compared to loads from use and occupancy, or from environmental loads. On the other hand, resistance factors, that are less than unity, are applied to reduce the calculated nominal member/connection strength. A lower resistance factor is assigned to strength components that are determined with less certainty. The resistance factor associated with the design of steel members is higher than those associated with concrete or wood members.

While compliance with codes and standards increases building safety, there is still margin for failure. Absolute safety (i.e., zero probability of failure) cannot be practically achieved. Because of the uncertainties in loads, engineering properties, and models predicting the behaviour, even a perfectly well-designed and well-constructed structure serves its function with a miniscule, finite probability of failure. The minute residual risk must be either shared, transferred, or accepted.

The acceptable level of risk is a subtle concept. How safe is ‘safe enough?’ This concept is mainly inferred by:

Society expects that persons within or adjacent to a structure are safe. Failure of buildings and other structures must be rare. Moreover, certain classes of buildings and structures are expected to be ‘safer’ than others because any deficiency or failure would create catastrophic consequences; for instance, a nuclear facility versus a farmer’s barn. Cost is also vital. It is important to understand that there are financial costs with increased safety. The lower the cost of ‘buying’ more safety (i.e., the cheaper the cost of safety measures) the more plausible it is to implement. Codes and standards attempt to quantify the level of safety into a measurable metric and orchestrate the design requirements to achieve it while balancing reliability, economy, and practicality.

The uncertainties embedded in structural engineering designs are eloquently articulated in this definition: “structural engineering is the art of molding materials we don’t wholly understand, into shapes we cannot fully analyze, so as to withstand forces we can’t really assess, in such a way that the community at large has no reason to suspect the extent of our ignorance” – Dr.  E. H. Brown (in his 1967 book, Structural Analysis Volume 1.)

In the real world, nothing is risk-free. Structural design, as it involves human activities and natural phenomenon, are no exception. 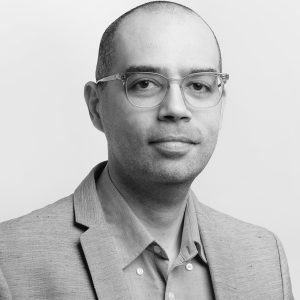 Dr. Mohamed El Semelawy Ph.D., P.Eng. is a Senior Associate, Civil/Structural Failure with 30 Forensic Engineering. He has over 16 years of experience in multiple areas of practice, including commercial and residential projects, industrial oil and gas, and code and standards development, in addition to five years of academic research related to industrial application. Mohamed has published several academic papers and has also served as a peer reviewer for multiple journals.