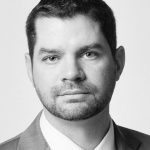 Rob Parkinson, Principal of the Biomechanical & Personal Injury Group at 30, was quoted in the latest edition of The Lawyers Weekly. The article, entitled “No More Head Games” by Geoff Kirbyson, focuses on the increased social awareness of the rising number of sports-related head injuries, the and how the government is reacting to this phenomenon.

Dr. Parkinson spoke specifically on the advances in technology and scientific thought that surrounds concussions. Although it is the highest-claimed injury he sees at 30 Forensic Engineering, there is still the psycho-social element of players underreporting injuries to help their team. As technology continues to improve, that psycho-social element may be eliminated through empirical evidence and measuring head acceleration to help determine what kind of speeds are related to concussions.

“I think we’re in the early stages of what is going to be a very hotly contested issue. Not every head impact results in a concussion. There seems to be this belief that all head impacts are equal. From a mechanical standpoint, that’s just not true. Sliding head first into second base and hitting your head on another player’s knee isn’t the same as tapping your head against the wall,” Parkinson says.

If you have questions regarding head injuries or concussions, reach out to Rob here.

30 Forensic Engineering (30fe.com), based in Toronto, is one of Canada’s largest and most respected forensic firms. Our core team of professional investigators is enhanced through relationships with some of the top scientists, standard-makers and specialized consultants in North America.